“Tae” means to kick. “kwon” means to punch. And “do” means a way to do. Therefore Taekwondo is a way of using your whole body to defend yourself.

David’s teacher of 45 years is the highly respected Grandmaster Ke Hyung No. He is the founder and chief instructor of No’s Taekwondo in Bayswater, Melbourne, Victoria. Ke Hyung is a pioneer of Taekwondo in Australia since 1965.

For his contribution to Taekwondo, Ke-Hyung No was awarded the Queen’s Medal for Australian Sporting Achievement. He was also awarded a medal of honour from the President of the Republic of Korea at the time, Roh Moo Hyun. At the recommendation of Dr Un Yong Kim’s (president of the WTF and then Vice President of the IOC).

Ke-Hyung was born in Korea and in his youth spent four years in full-time training at the Korean National Yudo College which has produced some of the finest martial artists of our time and is now known as Yong-In University. Every evening he undertook Taekwondo training at the Korea Gymnasium Jido Kwan the home of many famous names in Korean Taekwondo under grand-grandmaster Chong Woo Lee.

It is estimated that some 7,500 students have been taught or graded by Ke Hyung No since 1965.

Ke Hyung, now in his 80’s, is a 9th dan black belt. He continues to keep fit and have a strong passion and love for the sport. He still runs classes in Bayswater for children and adults.

The following are Ke Hyung No’s more detailed recollections of his involvement in Taekwondo in Australia;

In July 1965 Ke-Hyung No was invited to Australia through the Victoria Judo Federation to run specialist courses in judo and Taekwondo all over Australia.

At the same time Ke Hyung No became highly recommended for running a short judo and Taekwondo course to the Australian Navy at the Flinders Naval Depot.

After 2 years of being with the Judo Federation Ke Hyung began to pursue his own journey. In 1967 he began teaching judo and Taekwondo for Gymnastics International in Springvale.

In 1969 Ke Hyung decided to return to Korea for further training in judo at the Korean Yudo College and Taekwondo at the Jido Kwon School. During this time Ke Hyung arranged for his colleagues Yong Dai Cho and Kyusuk Chung to go to Australia to fill his position while he was absent. Ke Hyung returned in 1971.

Upon returning to Australia in 1971 Ke Hyung established Ke Hyung No’s Martial Arts Centre which the following year was renamed No’s Martial Arts and Fitness Centre. In 1982, land was purchased in Croydon and construction was undertaken for the first full-time purpose-built martial arts centre in the southern hemisphere, with an area exceeding 300 square metres.

During the late 1960s and early 1970s, in order to promote Taekwondo and raise its standard, Ke-Hyung No was instrumental in the invitation of several Korean instructors to Australia. With Ke-Hyung‘s vision of the potential for Taekwondo in Australia and encouragement to governing bodies at the time, this very soon became known and accepted as ‘Taekwondo’.

The World Taekwondo Federation (WTF) based in Kukkiwon in Korea was established in 1973 with the purpose of holding world championships for Taekwondo.

Though there was a tremendous boom in taekwondo within Australia, at the time there was no governing body in the country which would be a necessity for Australia to participate in world championships through the WTF. Ke Hyung’s grandmaster Chong Woo Lee, of the WTF, requested that Ke Hyung establish an Australian governing body which through the joining of various representatives by Ke Hyung’s arrangement became the Australian Taekwondo Association (ATA) in 1974. The ATA later was recognised by the Australian Government as the official body. The members elected Ke-Hyung No as President of the ATA.

The goal of the ATA was to see national success of Taekwondo as a martial art. It was responsible for the regulation of technical standards, the grading system, fee structures and to organise national and international championships. Funds generated were used to support the training of contestants and to sponsor their participation in international competition.

This governance of Taekwondo under the ATA was an integral and strategic move in order to push for Taekwondo to be accepted as an international and eventually an Olympic sport which it was in 1994. Ke-Hyung No was greatly respected as an honest and conscientious man with a vision for Taekwondo and spent his years as president scrupulously promoting the sport. He was continuously returned as President of the ATA for 21 years.

Throughout this time athletes of the Australian Taekwondo national team participated in various world championships and reached great heights.

During this decade the Australian team continued to strive in national and world wide champions through the WTF, and also participated in the 1988 Soul Olympics and as a demonstration sport.

At the 1992 Barcelona Olympics the Australian team participated again as a demonstration sport. After this point the ATA became a member of the Australian Olympic Committee (AOC).

In December 1993, an ad-hoc committee was formed in order to push for Taekwondo to be included in the 2000 Sydney Olympics as as a medal sport. Ke Hyung was a member and the president was the former mayor of Soul city, Kim Jip.

In Soul April 1994 the Taekwondo championships were held. 6 of the top teams from different continents were invited, of which Australia was included with a bunch of talented champion athletes and dedicated coaches, as a showcase for some of the International Olympic Committee (IOC) members. Australia received two gold medals which showed Australia’s promise in the sport.

At the championships, a Japanese IOC member advised Kim Jip that in order for Taekwondo to be accepted as a medal sport in the 2000 Sydney Olympics that the host city, Sydney, must demand for Taekwondo to be included in it’s program. From here, because the ATA was already a member of the Australian Olympic Committee (AOC) and John Coates was a patron of the ATA, Ke Hyung was instantly assigned as a lobbyist by Kim Jip for the purpose of gaining acceptance of Taekwondo by the IOC.

In Paris, September 1994 the IOC accepted Taekwondo into the olympic program and therefore in the 2000 Sydney Olympics.

Australia won gold by Lauren Burns and a silver by Daniel Trenton in the 2000 Sydney Olympics.

Taekwondo is an extremely popular sport world wide, and in Australia in particular has become a very wide spread and successful martial art sport with numerous clubs to choose from. 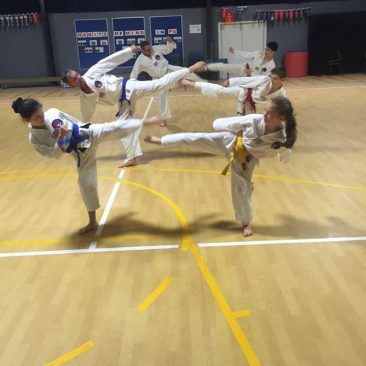 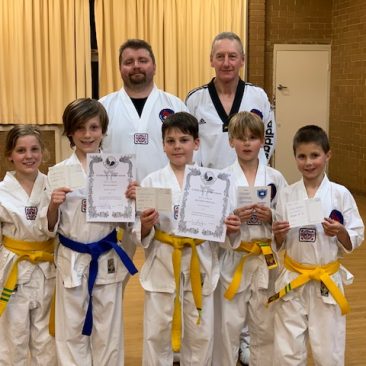